Far Niente and the Champs

Some things never change – and I mean that in the best possible way. Civilization has been coming together over wine for millennia and the tradition lives on today. Although I’ve been involved in the wine business for more than 30 years, I continue to be amazed at the people I meet over a glass of Far Niente Napa Valley Cabernet. I spent the earlier part of this week golfing in the pro-am for the Tiger Woods World Challenge, which raises money for the Tiger Woods Learning Center, and which Far Niente has supported for several years. Those of us who played came together over our mutual respect for the work Tiger has done through the foundation, golf and great food and wine. My playing partner on Tuesday was boxing legend Sugar Ray Leonard. Sugar Ray mesmerized us with his stories of his early days of boxing, his love of Howard Cosell, and his decision to come out of retirement to fight "Marvelous Marvin Hagler" in one of boxing's most historic bouts. It was surreal to hear these legendary stories from the mouth of the legend. Sugar would then step up with his three wood and rocket the ball 250 yards. His human side was also very much on display when he'd step up the next time, chunk it 10 yards and laugh at himself. Sugar Ray loves golf but, like me, he has a long way to go to master it. I loved hearing him talk to himself before hitting the ball. "Be the ball," he'd say. A reference to the Zen nature of golf. I had to chuckle at the thought of being a ball that Sugar Ray Leonard was just getting ready to hit. I was paired Wednesday with a great of another kind, 2010 US Open Champ Graeme McDowell. It didn't take more than one swing to appreciate why this Irishman won the Open. He'd casually step up to ball after we asked him to lead the way. He'd knock it two feet from the pin, step back and say, "Just like that boys." A more affable man you've never met. Graeme instantly seemed comfortable with everyone around him and everyone felt his genuine warmth. Of course it was easy for me to be comfortable with Graeme as we had spent two hours together at the winery last summer following the US Open at The Olympic Club. A greater lover of Napa Cabernet would be hard to find. That instantly put me in good stead with Graeme. Graeme’s preparing to open a restaurant in Orlando. I gave him plenty of advice on building his wine list, and he reciprocated with tips to improve my game. I suspect the wine knowledge will stay with him longer and better than his golf expertise will stick with me. But I’m willing to keep trying, and keep making new friends through wine. 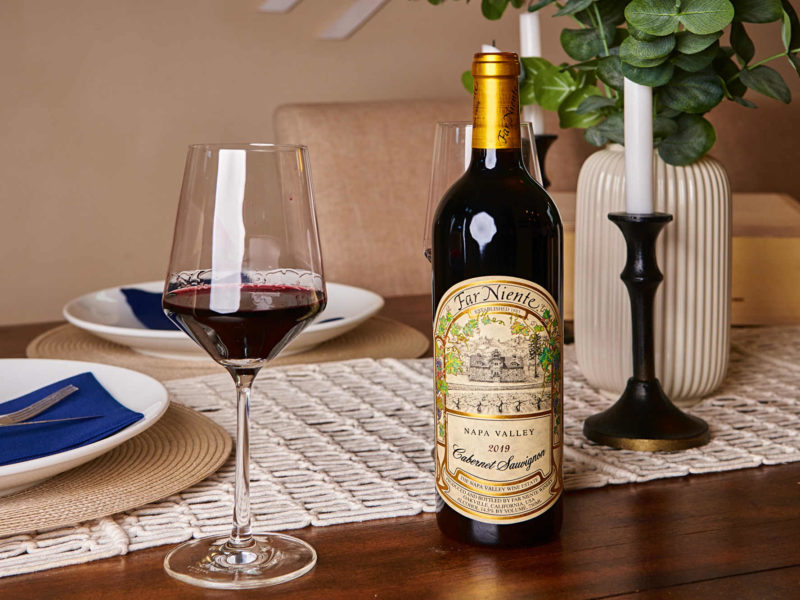 On the heels of our winter release of the 2019 vintage of our iconic Oakville Estate Cabernet, we are excited to share a new vintage of Far Niente Napa Valley Cabernet Sauvignon with you, too! 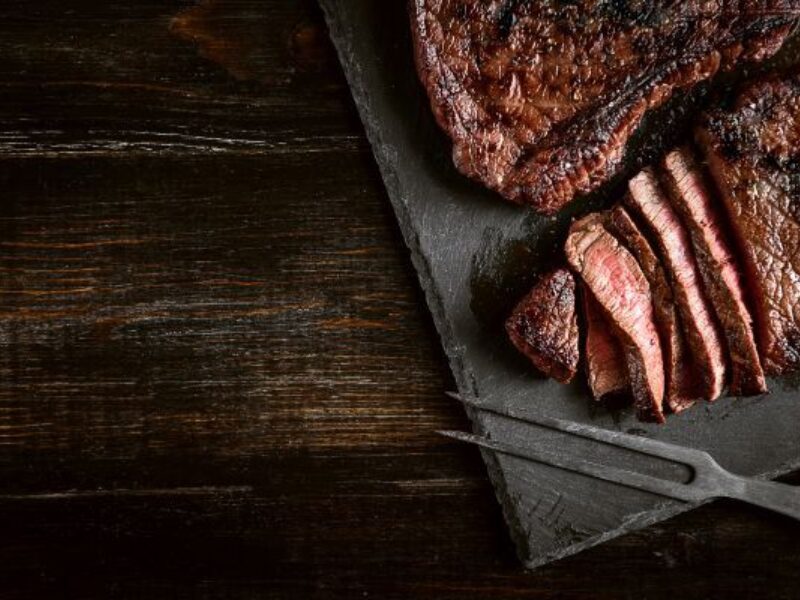 Classic Steak and Cabernet, with a Miso Twist

If you’re itching to fire up your grill this summer, look no further than this miso-marinated hanger steak with roasted potatoes, miso mayonnaise and crunchy kale salad. This not-so-classic steak and Cabernet recipe and wine pairing hits all the umami high notes!