Our latest post contains a couple of tasty recipes from Director of Winemaking Dirk Hampson--just in time for the holidays!

Harvest is in the barn and the holidays have arrived. I love the lights on the olive trees at Far Niente and make a point to drive by them after dark. They are magical, but you should pay attention to the trees opposite the olives.

On the other side of the driveway, all the leaves have dropped from the four persimmon trees that flank the winery. The orange persimmons look like beautiful ornaments and are one of my favorite displays this time of year.

Last week I picked some persimmons. If you haven't done it, they tend to be as hard as baseballs. You have to put them in a paper bag with a banana or an apple to ripen. It has something to do with ethylene gas...

Beware, foamy brandy sauce is the heroine of the sauce world. Even if it isn't addictive, it has enough butter to clog unsuspecting arteries and is worth it!

Since this is a wine blog, I might recommend Dolce with this.

Cut the persimmons into pieces and place them in a food processor (or blender) fitted with the steel blade and purée. This should yield about one cup.

In a large bowl combine purée, sugar, egg and two tablespoons unsalted butter and beat the mixture until smooth. Into the bowl, sift together flour, baking soda and cinnamon. Add milk and thoroughly combine with the batter.

Turn the batter into a well-buttered, 1-quart steam pudding mold and cover tightly with the lid or a double layer of foil secured with kitchen string. Set the mold on a rack in a kettle with a tight-fitting lid. Add enough hot water to the kettle to reach two-thirds of the way up the sides of the mold. Cover the kettle with the lid and steam the pudding over moderate heat for 2 hours. Cool the mold on a rack, uncovered, for 15 minutes. Place a serving plate over the mold and invert the pudding onto the plate. Serve the pudding warm with foamy brandy sauce.

In the top of a double boiler, cream butter and sugar, adding a little sugar at a time. Beat the mixture until smooth. Stir in egg yolks and cook the sauce over simmering water, stirring, until it is thickened. Remove the pan from heat.

In a bowl, beat the egg whites with cream of tartar and salt until they hold stiff peaks.

Stir brandy into the yolk mixture and fold in the whites gently but thoroughly. Transfer the sauce to a serving bowl. 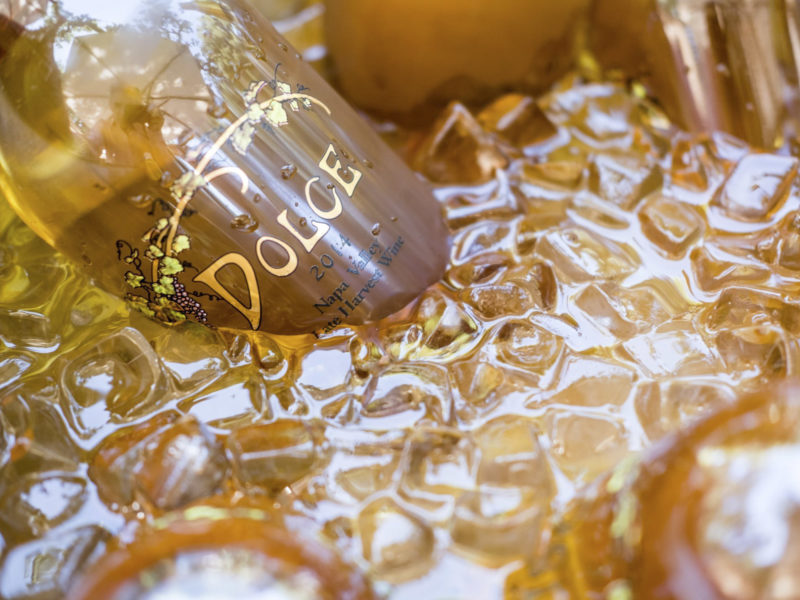 Whether you're watching the ball drop IRL, throwing it back with a Roaring 20s-themed soiree, keeping it cozy with a quiet dinner party for friends or breaking out the board games and staying in, these four festive late harvest Dolce recipes will up the enchantment of your New Year's Eve toasts, however you decide to celebrate. Inspired by cocktails we've served at Napa Valley winery events throughout the years, these aren't your average wine cocktails! Try your hand at one, or go all out and create a full Dolce Cocktail Bar. If there's ever a time to go extra festive on the sips, it's New Year's. 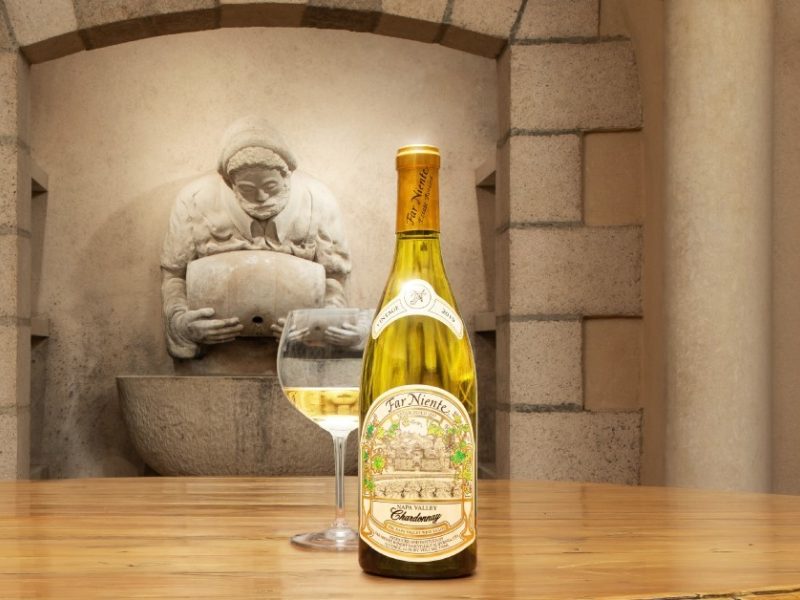 Are you ready for the chicken soup and Chardonnay pairing our winemaker can’t get enough of?

Ready to whip up a batch of the chicken soup and wine pairing that had her sighing with comfort? Read on for her garden-fresh chicken and soba noodle minestrone recipe. It's a knockout with Napa Valley Chardonnay. 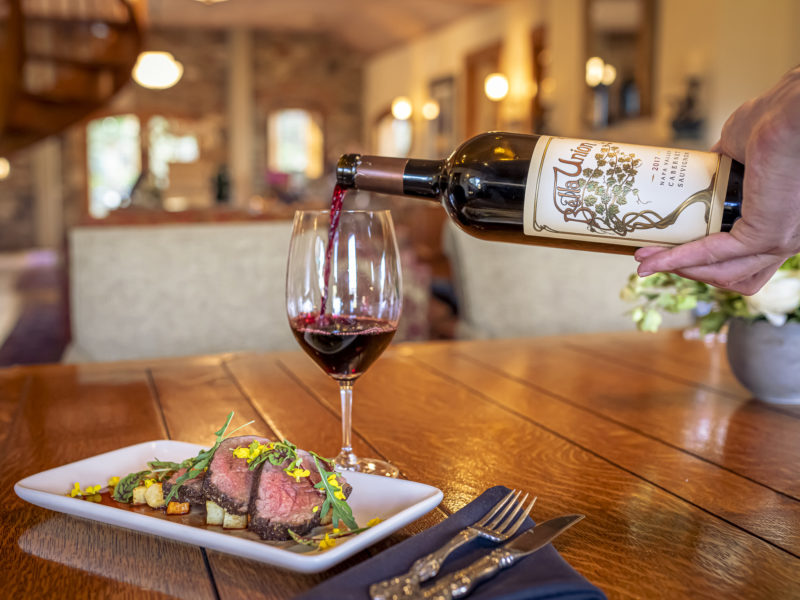 This Beef Tenderloin with Roasted Sweet Potatoes is a dreamy recipe to cook with your favorite culinary partner in crime. Inspired by the golden blooms of mustard sprouting up between our vineyard rows, we encased the tenderloin with toasted mustard seed to give it a Napa Valley twist. Slice it thin; top with our classic red wine shallot sauce.